In order to get the wings that price you have to order a drink and not just water. I also have to note a minimum of 12 wings must be ordered for wing nights.

Oh, and the wings? They used to be 0. Consistently they have yet to prove me wrong: the wings come out cold almost ALL the time. The sauces?

They also charge extra for dipping sauces. I believe a minimum of 10 wings must be ordered… and the wings are only that cheap price on Tuesdays. The price jump went from 0. Mains include chicken and dumplings, crisp mackerel, steak and fries and daily pasta and omelette options.

The menu is an exercise in brevity. Don't go to The Cornerstone with grand expectations of getting exactly what you are craving. It's not Earl's and it's not Moxie's, where vast options rule the day. We started with a cheese plate with three varieties: Gruyere, Romanella and Stilton.

Candied walnuts, bacon jam and tomato jam finished the plate alongside crostinis. The bacon jam was among the best I've tasted in Winnipeg. It's subtly sweet, and smoky notes delighted.

We were in the mood for chicken wings so we saddled up to a plate of five-spice. The bites were a perfect harmony of crispy, moist, salty and ever-so sweet.

Chicken wings also come in three other varieties: honey garlic, chipotle BBQ and hot. Given The Grove's solid reputation as a pub with pub-plus food, we expected the same at The Cornerstone. We weren't disappointed.

Behold, a beautiful plate of cheese, The Cornerstone. Peg City Grub is your ultimate source for everything foodie in Winnipeg. Follow us on Twitter pegcitygrub and visit www.


Line up for the lunch rush at The Cornerstone. Peg City Grub is a Tourism Winnipeg culinary initiative. 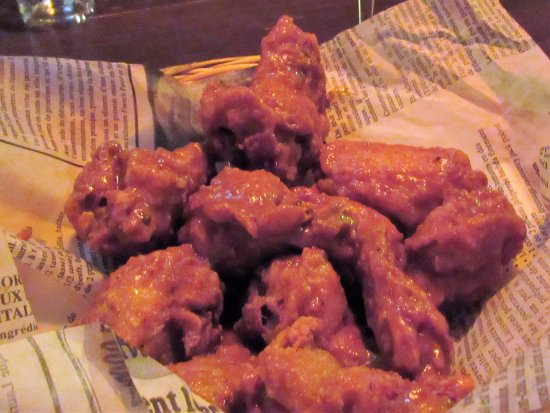